A First Timer to the MST International Conference Reflects on MST

I frequently think back to my job search right out of graduate school. Two years of training as a social worker and a third year gaining extra knowledge in children’s developmental psychology left me eager to serve the most vulnerable. Interviewing for various outpatient mental-health clinics left me feeling discouraged. I still find it hard to forget feedback I received after one interview that boiled down to, “I’m afraid you’re too positive for this position.” 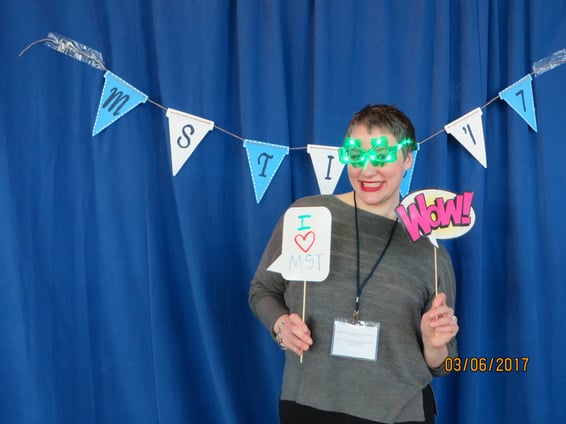 High caseloads, lack of supervision and frequent staff turnover appeared to be the norm. Given this information, I took some time off and found part-time work as a nanny. Despite the obvious differences, nannying was the perfect segue into my role as a Multisystemic Therapy (MST) therapist. The families I worked with needed help in the moment, in the home and needed someone who understood the whole ecological structure of their children’s’ lives. I was able to meet their teachers, friends and various other community resources. After this, I narrowed my search for social-work jobs to positions that were field based and not confined to an office.

My time at the MST International Conference reminds me why I chose this community to work in. A quote from one of the workshops I attended stuck in my mind: “In MST, we look at every problem as solvable.”

One of my earliest cases involved a single father who worked a full day as a janitor. His schedule proved a barrier to meeting frequently, but together, we negotiated sessions during his lunch break. When the weather was nice, we met in the park, and if it rained, we frequented a local diner. His daughter was 16, hadn’t graduated the eighth grade and was smoking marijuana frequently. By the end of treatment, she was enrolled in a fast-track program to finish the eighth grade and excelled academically. All this time spent in school after three years of truancy cut down on her access to negative peers and marijuana. There were several mornings I arrived at the home before 8 a.m. to figure out his daughter’s morning routine.

Together, we identified ways to get her to school on time. I ended treatment with the family feeling humbled and grateful for this father allowing me into his home, family and welcoming me into his everyday community. If I was working around a nine-to-five schedule in an office, it would have proved impossible to help this family.

MST allowed me to tailor treatment to this family’s exact needs and offered the flexibility to truly affect change. My time spent in this role has offered an alternative view of the world of social services. Families don’t get lost in overstuffed filing cabinets, and there is less chance of missed opportunities. Supervisors work closely with therapists to find the right fit of referral behaviors, and there is always a consultant on the other end of the phone to ensure model efficacy. Work is never conducted in a vacuum, and due to this, few problems are “unsolvable.”

It’s hard to imagine how my life and career would have turned out if I hadn’t been “too positive” to work at that mental-health clinic. I am so glad I was.

Alessandra Longo is an MST-SA Supervisor at the Montefiore Medical Center in Bronx, New York

To learn more about what makes MST effective, download this white paper.