A response from an MST staffer and parent

As I read Laurie Spivey’s most recent blog post, "Charging Juvenile Offenders as Adults," I have to admit I struggled. I live in an area where a young person committed one of those horrific crimes on school property that put children I care for at risk. This young person’s behaviors put fear in the eyes of friends who grew up together and violated that sacred ground—their safe space. Community temperature ran high.

For me, as someone who is trained in Multisystemic Therapy (MST), who is trained in adolescent brain development and who in my head knows the best answer—the right answers—I struggled. For a moment, I had to really think. “If this were my child being directly victimized, what would I want?” This situation hit so close to home—our children were there—and now, this was a very real question for me and my family.

A Helpful Guide on Choosing Programs for Juvenile Offenders

When I became an MST therapist more than 16-and-a-half years ago, I met with a county juvenile probation officer to discuss referrals being made to our program. She was a lovely person with a passion for the work she was doing in the juvenile-justice field. As a probation officer, she was responsible for 40 to 50 cases and knew every one of those young people and their families personally. She believed in the Multisystemic Therapy mission of keeping youth at home, in school and out of trouble with the law as keys to their success.

But how to do that successfully for her was still a question to be answered.

What does it take to be an award-winning MST therapist?

It takes a special type of person to be an MST therapist. Requirements? Supreme empathy. Intuitiveness. The sleuthing power of Sherlock Holmes to uncover the mysteries of why a youth is acting out. Diplomatic skills to get an entire family—and even the extended community—on board with the program. 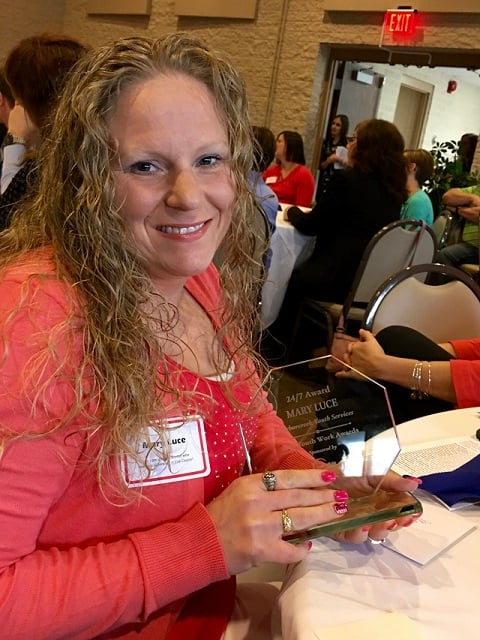 How Did Connecticut Turn Around Its Juvenile-Justice System?

What can help reduce the overall number of intakes to the juvenile justice system, support the closing of a detention center, reduce the number of young people in residential settings and help a state improve the overall quality of life for adolescents and their families?

Julie Revaz, MSW, a manager in Connecticut’s Judicial Branch's Court Support Services Division (JC CSSD), is a key champion of evidence-based practices, and provides the answer to that question and so much more.

Inequality in the Juvenile Justice System

Disparities in the juvenile justice system start younger than you'd think, and have a staggering impact

We’d all like to believe that the scales of justice are balanced. But in the case of juvenile justice, the scales are weighted against minority kids.

The facts and figures in this infographic show just how unequal the system is, and some of them might shock you. 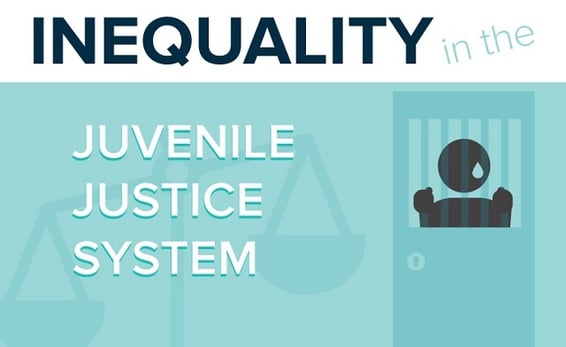 MST's Outcomes Depend on Building Relationships

Multisystemic Therapy takes more than a Coke and a smile

I remember when I was an MST supervisor, one of my therapists came into my office and said that he had finally figured it out—“Engagement in MST isn’t a Coke and a smile!” It wasn’t about having families invite him into their homes, greeting him with a smile on their faces, offering him a seat at their kitchen table and a Coke to drink. Engagement was something much more. After working in MST for several months, he had really started to understand that engagement and alignment meant a whole lot more and was critical to long-lasting success.

Multisystemic Therapy Empowers Parents To Be The Solution

Parents hold the key to turning their children around, MST helps unlock the door

Imagine this. You hear that two teenagers in your neighborhood are caught shoplifting. They are accused of stealing more than $1,000 worth of merchandise from a nearby department store. This isn’t their first offense, either. You heard they were caught breaking and entering cars and a neighbor’s home. You think they are even involved with drugs. Given this new arrest, they are facing the threat of being locked up for their crimes. Your first thought is “their parents are to blame. They should have taught their kids better.”

In 2007, after abuses were reported in Texas juvenile facilities, the legislature put together a reform package. Part of its aim was to keep youthful offenders close to home in the hopes of reducing the size of the correctional system, the second largest in the United States. Money that would have been spent putting kids behind bars, building new jails and prisons, and all the ancillary costs of incarceration were to be funneled into community supervision.

By closing eight juvenile correctional facilities, the state shaved its appropriations from $486 million to $290 million from 2006-2007 to 2014-2015. The savings went to local probation departments that find community supervision, services, and treatment for the offenders.

What we already know from years of research is effective interventions for young people in the juvenile justice system must address risk factors across all aspects of the adolescent’s life. To succeed, the intervention has to take into account what puts the youth at risk for current and future anti-social behaviors, whether it has to do with the individual, family, peer, school, or community. Not to be overlooked are such considerations as to whether there are warm, supportive relationships with caring adults and positive peer associations, which help steer juveniles away from behaviors that put them at risk for criminal activity.