Are 'Troublesome Youths' Costing Norway Too Much?

In the Norwegian newspaper, Dagsavisen, Marianne Dæhlen, a researcher at Norwegian Social Research (NOVA), Oslo and Akershus University College of Applied Sciences, questioned whether Norway uses too many resources on "troublesome youths." She maintained that young people today behave better than ever and that specialized measures aimed at those with behavioral problems cannot be defended in an economic perspective. In my opinion, she fails to see the whole picture. 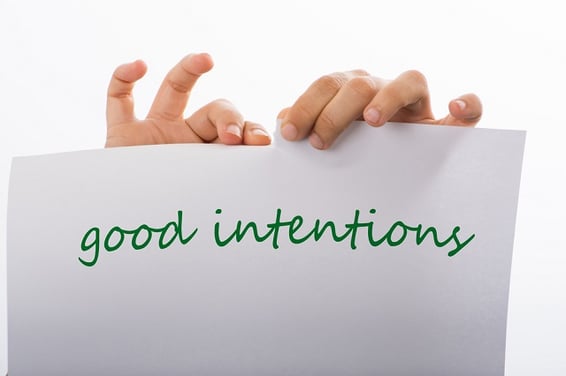 It is true that we currently have a young population that altogether uses fewer drugs, exercises more, eats healthier and goes further in school than was common in the ’90s. But the percentage of youth who are struggling to fit in, and communicating this through risky behavior, violent reactions and serious norm-breaking actions is about the same as it was 20 to 30 years ago. For these young people and their families, the experience of exclusion could actually be more damaging now that they are surrounded by a younger population that strives to excel at everything.

I grew up with a brother who had Down syndrome. At that time, there was a new reform that aimed for everyone to be integrated into ordinary schools—regardless of their abilities. I think lobbyists, bureaucrats and politicians sincerely believed it would lead to a positive change—better learning opportunities for children with challenges, and a warmer and more inclusive society for us all. Their intentions were good. But as an older sister, I witnessed a little boy who did not find his place, who spent his school days walking back and forth to the local store with an assistant, and who did not have a single real friend. My brother blossomed when he switched to one of the few remaining special schools at 12. I've often wondered what life would have been like if he had received the same experience of social inclusion the first day he walked into the classroom as a 7-year-old.

Most major decisions are made with good intentions, and this is precisely why it is so important to look carefully at the terrain before making changes to the map. Equality does not mean that everyone should have the same, but that we all are equal, and this is an important distinction. Dæhlen proposes to abolish treatments specialized to reach young people with behavioral problems because she seems to think that everyone could profit from the same low-threshold treatment and that those who cannot are really not that many.

The last Norwegian study measuring the number of young people under 18 diagnosed with conduct disorder (ODD, CD) show they represent 3.5 percent of that population. But only 0.41 percent receive some kind of help for their problems. This is sensationally low when we know that this diagnosis increases the likelihood of school drop out, drug abuse and criminal activities.

As a former therapist with Multisystemic Therapy (MST), a home-based treatment program that targets families with at-risk adolescents, I know that it is not by chance that so few get proper help. This is a demanding bunch to work with. They do not keep their appointments and are rarely friendly or interested in conversation. And honestly, these young people have good reasons to shout loudly at everything and everyone. They are boys and girls who have never experienced what it is like to fit in and whose trust in adults have been crushed by their experiences. Some have been subjected to violence. Some were bullied throughout childhood. Some were never invited to a birthday party. One boy asked through his locked bedroom door why he should bother to talk to me. Outside, written with a permanent marker: Here lives the brat. It’s easy to think there is no point in trying when all around thinks the worst of you.

Reversing negative interactions between children, families, educators and community is demanding. You have to get in the mindset of 14-year-olds who think they have a better chance to succeed as a criminal than as a law-abiding citizen. In addition, you have to motivate desperate parents to stand strong. You must help them face rejection and anger from their kids at a point when they see placement as the only solution. You must get teachers to believe that the daily text messages they send matter, even if they never get a reply. And sometimes you will actually turn a whole local community around, get them to open their doors for a youth they renounced for years. It's no surprise that this requires special expertise. Not the least flexibility in terms of availability. Neighbors and family do not meet at networking meetings during office hours. And the greatest crises often occur at night, and on weekends, when conflicts exceed what you can expect as the mother of typical teenagers. That's when they need assistance, advice and guidance from therapists who know what it's all about. That’s what they get from MST.

Unfortunately, it is the case that no matter how well we prevent and no matter how many well-intentioned general treatments we have in child welfare and mental-health care, there will always be someone who needs special help. That it costs more is inevitable. But the expense should be one that we as a society are proud to pay. For all children, regardless of the starting point, deserve the support they need. It is an investment in the future—for us and them.

Ingvild Tisløv is a MST Expert for MST Norway.

To learn more about what makes MST an effective treatment for at-risk youth, download this white paper.