How to Best Treat High Risk Juvenile Offenders in Connecticut

Lessons learned in Conn. can be applied to other states grappling with high risk youth

In Connecticut, you might say that these are the best of times and the worst of times. At the end of the last fiscal year, the state budget crisis prompted the layoff of dozens of probation officers, consolidation of several courts, elimination of some contracted services and a whopping, across-the-board, 6.9-percent budget reduction to all remaining juvenile services. What’s worse, additional cuts may be required as the current fiscal year closes.

However, in what is broadly considered a victory for children, the governor recently called for the closure of the state’s only secure facility for sentenced youth, the Connecticut Juvenile Training School (CJTS). 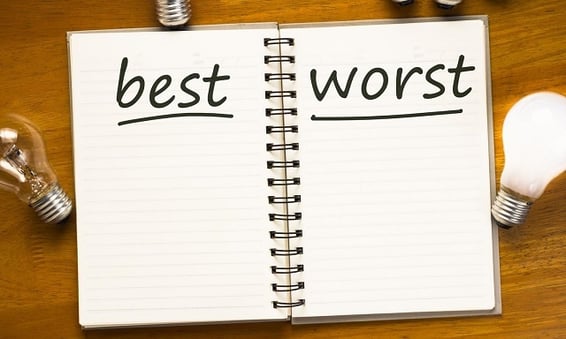 And we already closed one of three detention centers in the state due to chronic underutilization. In fact, on any given day in Connecticut, we have averaged fewer than 60 youth in detention statewide over the past six months. Additionally, legislative changes that took effect on Jan. 1 reduced from six to three the criteria that make children eligible for [pre-sentence] detention. Specifically, only children posing a risk to public safety, that present a demonstrated risk of failure to appear or that need to be held for another jurisdiction can be detained. This is in recognition of the fact that deep juvenile-justice system involvement does most children more harm than while costing the state money it simply does not have.

Whatever else may be said about it, juvenile justice in Connecticut remains a system in motion. Readers may recall that the state raised the age of jurisdiction in 2010 and 2012, to include 16- and 17-year-olds. Prior to that significant and so-called “Raise the Age” () law change, juvenile programs like Multisystemic Therapy (MST) were only available to children whose crimes were committed before their 16th birthday. The system is still adjusting to the longer duration of juvenile-court jurisdiction, and how to apportion programs and services over this longer in children’s lives. And now, Governor Malloy is advocating further raising the age of court jurisdiction to 20 over the next several years. If this legislation passes, Connecticut would be the first state in the nation to recognize the science around adolescent brain development in this way.

MST is an important part of state’s juvenile services

MST is a staple in the Connecticut service continuum. We established the first of our 15 MST teams in the early 2000s, and by all accounts, it has been a good ride. Based on the momentum of that early MST adoption, we later added several other in-home, family-focused, evidence-based programs to our services. Today, we are seeing fewer court intakes than ever before. Commitments have dropped by more than 60 percent, and finally, slowly, the needle is moving on 24-month recidivism rates across the spectrum of children placed on probation.

Clearly, Connecticut is grappling with many loaded questions. Moving forward, we must decide how to deal with our highest risk youth, particularly those that have already had a course of MST, and the kids who will remain in the community who in previous years would likely have been detained. How will we keep them safe and law abiding? How will we keep Connecticut’s communities and neighborhoods safe as we encourage them to embrace and keep their children local? Can MST, like other family therapies, be tried repeatedly and with ultimate success, for families and problems that seem to be recalcitrant? Are there empirically supported programs for children that offer even more structure and direction than MST does, in order that we can comfortably diversify our service array? How will we maintain our adherence to research-based principles and practices, even when it is extremely challenging to do so—when funds are low, tensions high, laws changing and the spotlight on?

Connecticut will have to wrestle with the ideal of a recidivism-reduction framework and the reality of its application in a very difficult budget climate and decide where rigid adherence is advisable, and where adaptation and change are necessary. Where we find systems or services that are failing or broken, we will face tough choices about fixing or replacing them. Having ridden through many storms in the implementation (and outcomes) of programs for Connecticut juveniles and their families, I am confident that we will evolve with the times, make room for the innovation and analysis that keeps the field growing, and at the same time, double down our commitment to tried-and-true evidence-based programs, exploring with equal vigor our own policy, context and implementation challenges as we add other models to complement our existing portfolio of programs.

Julie Revaz is the Manager of Administrative Services II in the State of CT's Judicial Branch, Court Support Services Division.

To learn what makes MST an effective intervention for at-risk youth, download this white paper.