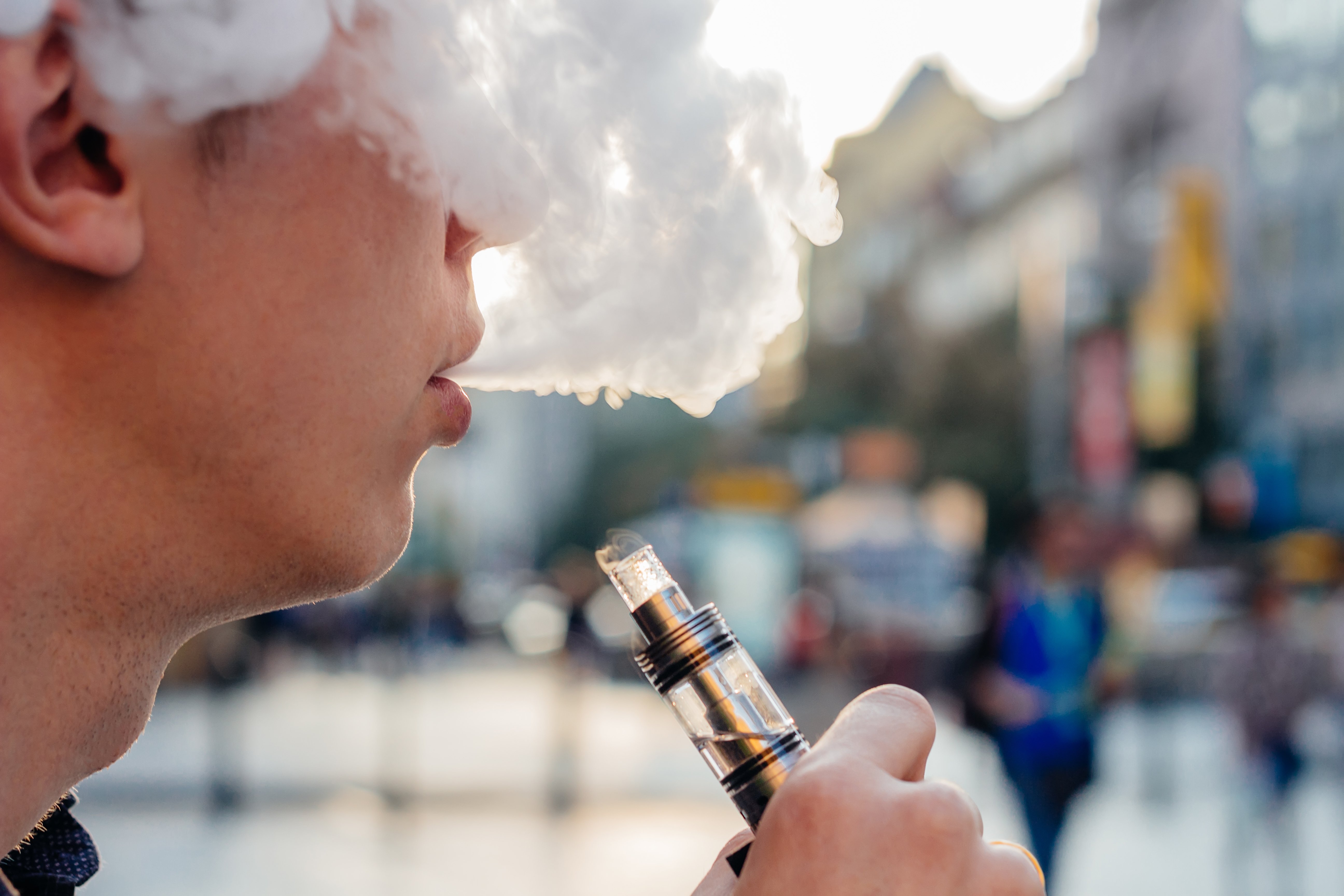 Vaping May Lead to Use Of Other Substances

In 2014, the New England Journal of Medicine published a study on teen e-cigarette use, written by husband-and-wife team Eric and Denise Kandel, who are the originators of the "gateway drug" hypothesis. Their study found that e-cigarettes now only acted as a gateway drug for nicotine addiction, but could also act as a gateway to other addictive drugs as well.

The study first discusses a body of previous research by both the Kandels and others, which has consistently shown nicotine to be a gateway drug for marijuana and cocaine use. Therefore, the Kandels argue, e-cigarettes will also create that same gateway by introducing nonsmoking juveniles to nicotine. To back up this connection, the Kandels present data from experiments they conducted on the effects of nicotine in the brains of mice. What the study found was that mice that had been primed with nicotine use were much more likely than unprimed mice to develop a preference for cocaine.

In addition, a study released by the University of Southern California suggested that teens who would never have smoked traditional cigarettes are now instead using e-cigarettes. USC researchers focused on 12th-graders in Southern California. What they found was that the number of them who had smoked in the past 30 days dropped from 19 percent in 1995 to about 9 percent in 2004 before leveling off, with the smoking rate hitting just under 8 percent by 2014. When cigarettes and e-cigarettes were combined, however, 14 percent of 12th-graders in 2014 said they had smoked or vaped in the last 30 days, which is a nearly 60 percent increase in the past ten years. “If teenagers who vape are using e-cigarettes instead of cigarettes, we would have expected to see the decline in smoking rates continue through 2014,” said Jessica Barrington-Trimis, the lead author of the study and a postdoctoral scholar research associate in the Department of Preventive Medicine at USC. “The combined e-cigarette and cigarette use in 2014 far exceeded what we would have expected if teens were simply substituting cigarettes with e-cigarettes. The data suggest that at least some of the teens who are vaping would not have smoked cigarettes.” Part of the problem, says Barrington-Trimis, is that e-cigarettes are perceived as harmless. Teens rarely understand that the addictive qualities of nicotine are still present, and that it can cause damage to the still-developing brain of an adolescent.

Other studies, the first most notably conducted by the Journal of the American Medical Association, have shown definite correlations between juvenile e-cigarette use, and the likelihood of later traditional cigarette use. “Research tells us that teens who vape may be at risk for transitioning to regular cigarettes,” says the NIDA’s Volkow, “so while we have celebrated our success in lowering their rates of tobacco use in recent years, we must continue aggressive educational efforts on all products containing nicotine.”

In a recent bid to try and discourage teens from using e-cigarettes, schools across the U.S. have begun implementing anti-vaping policies. Most schools have chosen to include e-cigarettes into their anti-tobacco policies. These policies typically punish students with detention, a letter or email to their parents, and occasionally a tobacco education class. A few states, including North Carolina, New Jersey, Washington, and Connecticut, have opted to take their anti-vaping policies even farther, by grouping e-cigarette paraphernalia in the same category as items used for drugs, such as bongs and pipes. These policies include much harsher punishments for students, which can include long suspensions, mandatory drug tests, and having a violation for possession of drug paraphernalia marked on their school record. Sara D’Annolfo, Dean of Students at the Taft School in Watertown, Connecticut is very much in favor of her school’s implementation of such a policy. "Our goal is to reduce access and discourage use on campus," she says.

Parents and some administrators, however, worry about the necessity and fairness of treating e-cigarettes with harsher punishments than traditional cigarettes, with many voicing concerns that such measures are too harsh. New Jersey resident Kathleen Leone refused to let her 16-year-old daughter's school drug test her after she was caught with her older brother's e-cigarette in her purse. The school instead handed her daughter a four-day suspension. "I'm not going to sit here and tell you that she should have it, but you know, she's 16, and 16-year-olds do stupid things," said Leone, who's also a teacher. "In her record it says she was suspended for refusal to take (a drug test), and that's something that could affect her chances getting into a university."

By discussing the dangers of drug use with youth, addressing the core causes of these behaviors, and considering in-home interventions when behaviors are unmanageable, families can prevent the need for harsh punishments down the road.