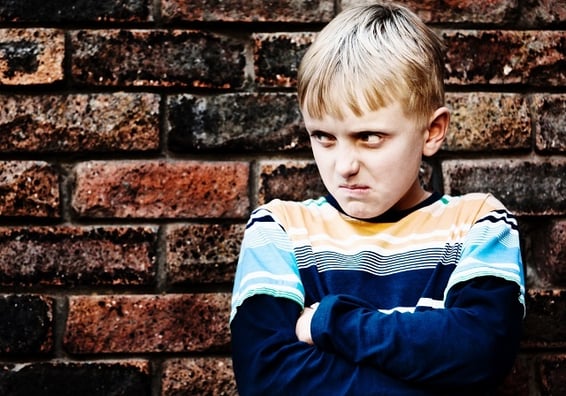 He was so angry that if he was challenged, the result was often physically restrained to keep him from hurting other family members. Family outings were nearly impossible. His erratic behavior and eruptions caused scenes in restaurants and malls. Going out in public was an embarrassment. He had sexually inappropriate conversations at school with other students that were getting him suspended. Teachers stopped pushing him academically for fear his behavior would escalate.

Despite these obvious challenges, the Griffin family was well organized and had structure. Every night, they would sit down and talk about the highs and lows of each other’s day and try to troubleshoot problems. Unfortunately, Benjamin would often dominate the conversation and was not open to hearing what anyone else had to say. It left them all exhausted, feeling hopeless and often resentful.

It was for these reasons that Susan, Benjamin’s mother, thought that it was only he who needed the help, not the rest of the family. It was for the same reason that Shelly, their MST therapist, felt confident they would be successful. They had all the seeds sown of a thriving family—they just needed the extra push.

Did Benjamin need a medication overhaul?

The first priority of Benjamin’s family was to get his medications straightened out. There, they believed, was the root of the problem. What Shelly helped them see was that, despite existing chemical imbalances, his behavior could still be improved with the right tools. Susan and her husband, Jonas, felt that all the strategies they had previously tried with Benjamin finally started gaining traction when Shelly came aboard. Susan said, “MST came in straight out of the gate and gave all of [the] folks [in their family] a place, a sweet face, a warm hug and a smart therapist to partner with.”

Eventually, everyone in the family was on board. With seven people in the house, there were often too many voices coming at Benjamin at one time. Shelly helped them realize this, and they came together to make the collective decision that Susan would be the only one to deliver consequences and directives to Benjamin when necessary. Raised in an “old-school” family, this at first made Jonas, who was Benjamin’s stepfather, feel powerless in his own home. However, Jonas and Susan still collaborated over consequences. It was just Susan who doled out the decision because that was the only way Benjamin was receptive.

When Benjamin latched onto an idea, he often became relentless. It was what made going to the mall and saying “no” so difficult for Susan. This history made her wary of instituting an incentive system with Benjamin—she was afraid it would only make matters worse. However, her son proved her wrong. With contingency management, Benjamin is now able to see what he is working for and regulate his behavior around it. What in the past may have become a total meltdown is now quelled by Susan saying, “Remember what you’re working for? If you make the decision [to act out], you won’t be getting it.”

A similar turn of events happened at Benjamin’s school. Shelly worked with his teachers to develop a safety plan that included Benjamin being allowed time outside the classroom when he felt himself getting angry. This, combined with an incentive system similar to at home, worked to curb his inappropriate behavior.

As treatment ended, it’s a different story in the Griffin house and for Benjamin. Recently, Shelly stopped by his school to check in, and the people there “sang his praises.” According to his teachers, “We don’t know what happened, but he isn’t getting frustrated when you challenge him, and there’s no more sexually inappropriate language.” Shelly was excited to hear about the dramatic change and asked, “Are we talking about the same Benjamin?”

The answer is yes. We are talking about the same Benjamin. But with new skills, incentives and family cohesion, the Griffins and their son are prepared to manage road bumps that come their way. How would Susan compare life before MST to life after?

“There really isn’t a comparison. Before we had an angry, depressed, rage-driven time bomb that pretty much held our family hostage. He had a short fuse, and we lived on pins and needles. Not anymore. He has charted out responsibilities, he knows appropriate responses, and he’s working toward his goals with joy. That’s life changing. Please don’t misunderstand—he can totally act like a 2-year-old sometimes. The difference is that he can recognize it, own it, apologize and move forward. That was completely not there before.”

What made MST different than other therapies for the Griffin family? The consistency, dedication and partnership. Before MST, they had only brief, one dimensional orbits with therapists and doctors. With Shelly, they got someone who not only took the time to truly assess their strengths and challenges, but someone who, for the first time, “heard” them and was able to address Benjamin's behaviors at home, in school and in the community.

At the end of treatment, Shelly proudly told Susan, “You do not have to defend your crazy anymore because you are not crazy.”

This story was written with the input of Shelly Atkinson,an MST therapist at Greenville Mental Health Center.

MST is proven to impact the siblings in a home as well. Learn more by downloading this white paper.