Without hope and paralyzed with despair, single mother turns to Multisystemic Therapy

Jessica felt that she had failed her eldest daughter, and now she was losing her sons. Her daughter had overdosed, nearly died, and she was now living with her uncle. Her son, Emilio, 14, was damaging school property and not coming home after class. She worried about his dangerous behaviors. He and his younger brother, Josiah, 12, ignored her, and fought viciously and constantly. Having experienced aggression in the family throughout her life, Jessica felt powerless to stop the angry spiral of disrespect and hostility. Both boys refused to listen to her and constantly tested her empty threats. Jessica was anxious, isolated and afraid. 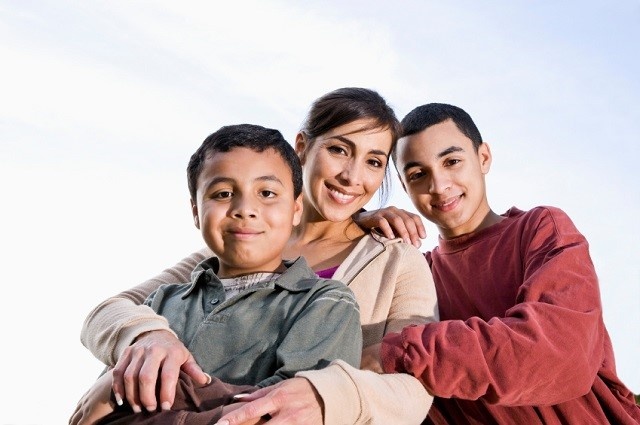 When Carrie came into Jessica’s home, she started by developing a relationship with Jessica, a foundation of trust that helped Jessica feel more empowered and accountable. Carrie worked with Jessica to evaluate and understand the family’s problems and offered Jessica the support she needed to address her family’s needs including building Jessica’s confidence that she could make progress with the boys and be a positive influence in their lives. Using the analytical process, Carrie helped her realize that it was not of foremost importance for her to “be liked” by her kids. Jessica needed and deserved respect. With Carrie’s help, she created clear rules for her family—and herself. The therapist helped Jessica learn to supervise and teach her children that privileges have to be earned, not just handed out. Jessica knew she could call Carrie at any time to get advice, but Carrie also made it clear that Jessica had to own resolving the problems with her new strategies.

Emilio needed structure in the home

As time passed, Jessica started planning family times, and the boys began to look forward to their trips to fish at a nearby park. They realized that their mother’s expectations were firm, and Jessica began to feel trusted and more sure in her parenting. She developed different strategies for each child, and they had more fun together. They found ways to ease stressful situations. As Jessica said, “Carrie never let me give up. She helped me be more confident with the boys. Before, I would yell and yell—so frustrated, anxious and angry. Now, I follow through. I know there’s a different way.”

Carrie knows that the attention MST clinicians pay to the caregiver pays off in many ways. Rather than being daunted by the pernicious, downward spiral so many families find themselves in, she knows her own strength and determination can push them to reframe that hopelessness into something positive. “They need us as allies, first and foremost, to help them believe that they can make a positive change and be active in the lives of their children.”