It’s about to get way worse in the Show Me State.

The first day of the New Year, the day that traditionally marks a bright new beginning, marked a dark new chapter in Missouri's history.

Imagine a school-yard scuffle, maybe a punch or two thrown, some rolling on the ground. 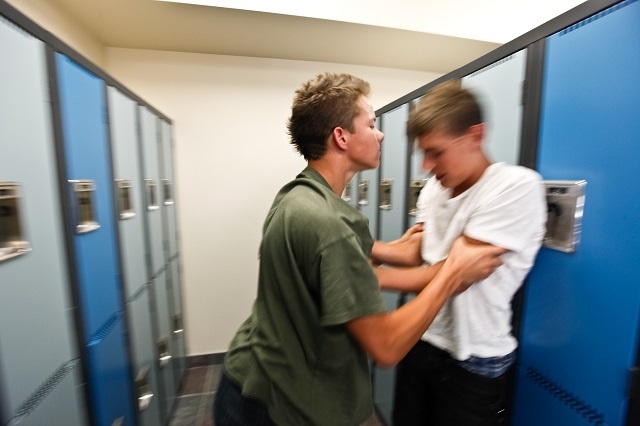 Now image that if it’s witnessed by a school resource officer, the students involved could be charged with a felony—regardless of their age.

As of Jan. 1, 2017, a new statute in Missouri classifies an assault in the third degree as a class E felony, instead of a misdemeanor. According to the Hazelwood School District [emphasis added], “If two students are fighting and one child is injured, the student who caused the injury may be charged with a felony. Student(s) who are caught fighting in school, bus or on school grounds may now be charged with a felony (no matter the age or grade level), if this assault is witnessed by one of the School Resource Officers/police officers (SRO) or if the SRO/local law enforcement officials have to intervene.”

The complete text of the statute can be read here. Legal jargon aside, what this boils down to is that fighting in school can (and if it can, it will) now result in children, no matter how young, being charged with a felony.

Is this solving a problem or adding to an existing one?

About one in four high-school students reported having been in a physical fight in the 2013-2014 school year. Twenty-five percent seems substantial, but not when you consider that this percentage has been decreasing since 1991.

In a time when racial and ethnic disparities are already vast, it is worrisome that there are still laws passed that might increase these disparities.

We need to be looking for the underlying causes of fighting in school—whether peer related, family related or otherwise—and start addressing the problem there. What we decidedly do not need is a law that pushes more young people away from their homes, their schools and their communities, inevitably stunting their potential and giving them no room to grow or learn.

To learn more about how Multisystemic Therapy is trying to reduce disparities in the juvenile justice system, download this white paper