How a Juvenile Probation Department Works With MST

TV shows give the impression that the primary purpose of probation departments is to tell police officers the whereabouts of suspects. That is hardly the case.

Among other duties, probation officers supervise offenders, make sure they don’t leave their jurisdiction, are working and keeping out of trouble. There is—or should be—a basic difference between departments that handle adults and juveniles. Adult departments are designed to be punitive to deter further criminal behavior. For juvenile departments, the mission is to provide treatment and rehabilitation for youth that violated local, state, and federal laws—while keeping the community safe. 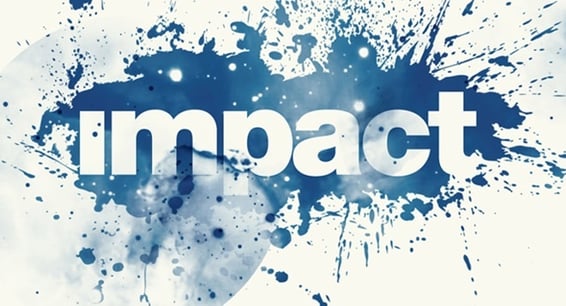 Research currently indicates that probation departments that are committed to getting families involved in reaching those goals have a better chance of youth and parents buying into the design and implementation of probation case plans.

The harsher face of juvenile probation

Over the last several decades, many aspects of American society have grown increasingly militarized despite unprecedented decreases in crime. Juvenile arrests for violent crime have dropped by 68 percent between 1994 and 2014 while youth homicides peaked in 1993 and have declined 83 percent over the same 20-year period. However, high-profile crimes involving juveniles, though increasingly rare and isolated, continue to shape the public’s perception. It has become common for schools to deploy militaristic policies and harsh discipline for minor infractions. Juvenile probation departments are not immune from this mindset, and many have created super-intensive probation units.

Probation officers of these super-units have arrest powers and are allowed to raid homes and communities without warrants. Although there is little empirical research on the effectiveness of this approach, the “get-tough-on-crime” championed by some court judges and politicians has led to the creation of these units.

But some jurisdictions have rejected this course. Fulton County, Ga., for one. The Fulton Juvenile Court Probation Department believes providing treatment and rehabilitation is a better way to deal with high-risk juvenile offenders. For that reason, Fulton created the Intensive Monitoring Probation and Community Treatment (I.M.P.A.C.T) unit. The only similarity between I.M.P.A.C.T and more traditional intensive probation units is the low caseloads.

I.M.P.A.C.T probation officers, like all Fulton County Juvenile Court probation officers, do not carry guns, pepper spray, vests or any other offensive hardware. They dress like GQ models with suits and ties as their everyday attire. I.M.P.A.C.T officers have a very systemic approach to monitoring and supervision. They spend a lot of time in the field meeting with teachers and community leaders to provide the necessary resources to get their offenders off probation.

I.M.P.A.C.T took its systemic approach to another level in 2013 by releasing an RFP (request for proposal) for Multisystemic Therapy (MST) so that the program could assist with youth who have been charged with felonies.  The unit wanted to find an agency that would provide MST to youth who not only had felony delinquent charges, but also possession of weapon charges. They wanted help with their “toughest kids.”

Fulton Juvenile Court partnered with Community Solutions, Inc. to create a Multisystemic Therapy team that would hand in hand with the I.M.P.A.C.T team.

This partnership led to many probation officers and MST therapists joint home visits. Often, the officer attends the initial orientation sessions to help the family understand and engage in the treatment process. MST therapists update officers weekly to keep them informed of treatment progress and to quickly surmount treatment barriers. The officers follow up with probationers to ensure that they are attending and participating in MST sessions. Therapists and officers work together to locate pro-social activities in the community to decrease contact with negative peers. I.M.P.A.C.T officers conduct mid-term meetings in their office to review treatment status so that they might better support the therapist and family obtain targeted goals.

Congratulations to Fulton County for its innovative approach to addressing the needs of the most troubled youth in their juvenile justice system.

To learn more about what makes MST an effective intervention for at-risk youth, download this white paper.