The nine principles of MST ensure that the treatment gains continue

Since becoming involved with Multisystemic Therapy (MST) 13 years ago, I have probably been asked 1,000 times what MST is or what I do. It can be a complicated question to answer only because MST does so many things. We solve problems. We keep at-risk kids at home. We empower good people to be great parents. We make communities safer. We save taxpayer dollars. We champion juvenile-justice reform...honestly, I could go on.

I am proud of my work and the collective work of MST teams across the globe. While there may have been a few parties or family gatherings at which it would have been nice to provide a shorter answer like “I teach third grade,” I’m glad I do what I do. But perhaps the part that makes me most proud is our treatment generalization. 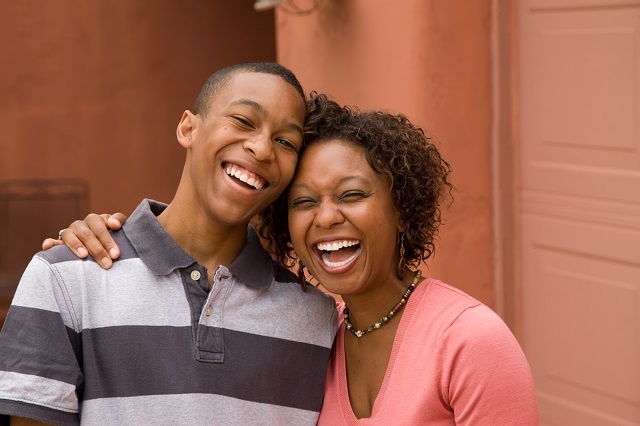 MST is guided by nine treatment principles. Principle 9 (generalization) deals with giving caregivers the ability to continue the success of the intervention after the case is closed. The caregiver is viewed as the key to long-term success. Pure common sense. Teach the people who will be there after we are gone to be the agents of change, so that changes really last.

Many families in the U.S. and abroad have had a lifetime of services with no long-term results. As a young clinician, I was surprised when clients had been on someone’s social work caseload for six or seven years. I’m not surprised anymore because not every model aimed at targeting delinquency focuses on generalization.

When I met Aiden, his mom, Bonnie, was still paying off the loan she had taken out to send him to a wilderness program more than three years earlier. She asked her parents for help. They had loaned her what they could spare, but she had to borrow additional money, which was about half of what she made in a year.

Thirteen-year-old Aiden was sneaking out and smoking marijuana with his much older peers. He had been arrested for riding in a stolen car and was becoming more and more aggressive toward his mom. She reached the end of her rope when the boy injured his much younger sister because he could not control his anger.

When I met Bonnie, she felt completely hopeless, having spent a fortune on a program she was convinced would work, only to find things had gotten worse when her son returned home. I asked what Aiden learned in the wilderness program, considering all reports were that he was a model citizen and had become a leader for other kids during his time there. She had no idea and was puzzled that the changes didn’t last. Aiden was sneaking out of the house and getting high just two weeks after he returned.

The turnaround came when Bonnie learned how to take control and set limits with Aiden. She saw changes she had been so desperate to see. And by the time MST treatment was completed four months later, Bonnie felt confident that she could keep things going on her own—without a drill instructor, case manager or psychiatrist. It wasn’t that her family wouldn’t come across challenges—all families do—but she had learned the skills to address these challenges on her own.

How do we do it? How does MST teach caregivers to make the necessary changes and sustain the skills? Generalization is a process that we focus on from the first day of treatment. If something is working, we determine why and make sure our caregivers understand why, as well. When we put an intervention in place, we circle back to measure its success. When kids are having trouble making pro-social friends, the therapist doesn’t teach them social skills. We work with the parents so that they can teach their kids the skills they need. We don’t go to school meetings as representatives for our families. We prepare the families in advance and go with them for support. We work so the families are able to work with the teachers and advocates when we are no longer there.

Even after gains have been maintained and a date for case closure set, we work to generalize through what we call sustainability plans. Sustainability planning is a fairly extensive process that involves teaching our caregivers how to predict barriers and making sure they have the skills to address these challenges. I have heard many caregivers say they just want to live independently, to get the system out of their lives and off their backs. Our job is to work ourselves out of a job. We do it pretty well. In comparison to control groups, MST led to a 47- to 64-percent decrease in long-term rates of out-of-home placements, and decreased long-term rates of re-arrest of between 25 percent to 70 percent when compared to control groups.

French philosopher Charles Péguy called freedom “a system based on courage.” I like to think this is what we do—we help discouraged parents find their courage. It’s hard work, and takes grit and gumption and lots and lots of courage to parent a tough kid. Helping people discover that they have the courage it takes to change is the most rewarding kind of work. It’s worth the long hours and the drive times and the weekends on call. To all my colleagues out there today mining for courage: Keep going when it gets hard, keep prodding and cheerleading and challenging and keep holding the hope. And be proud that the job you do isn’t easy to explain.