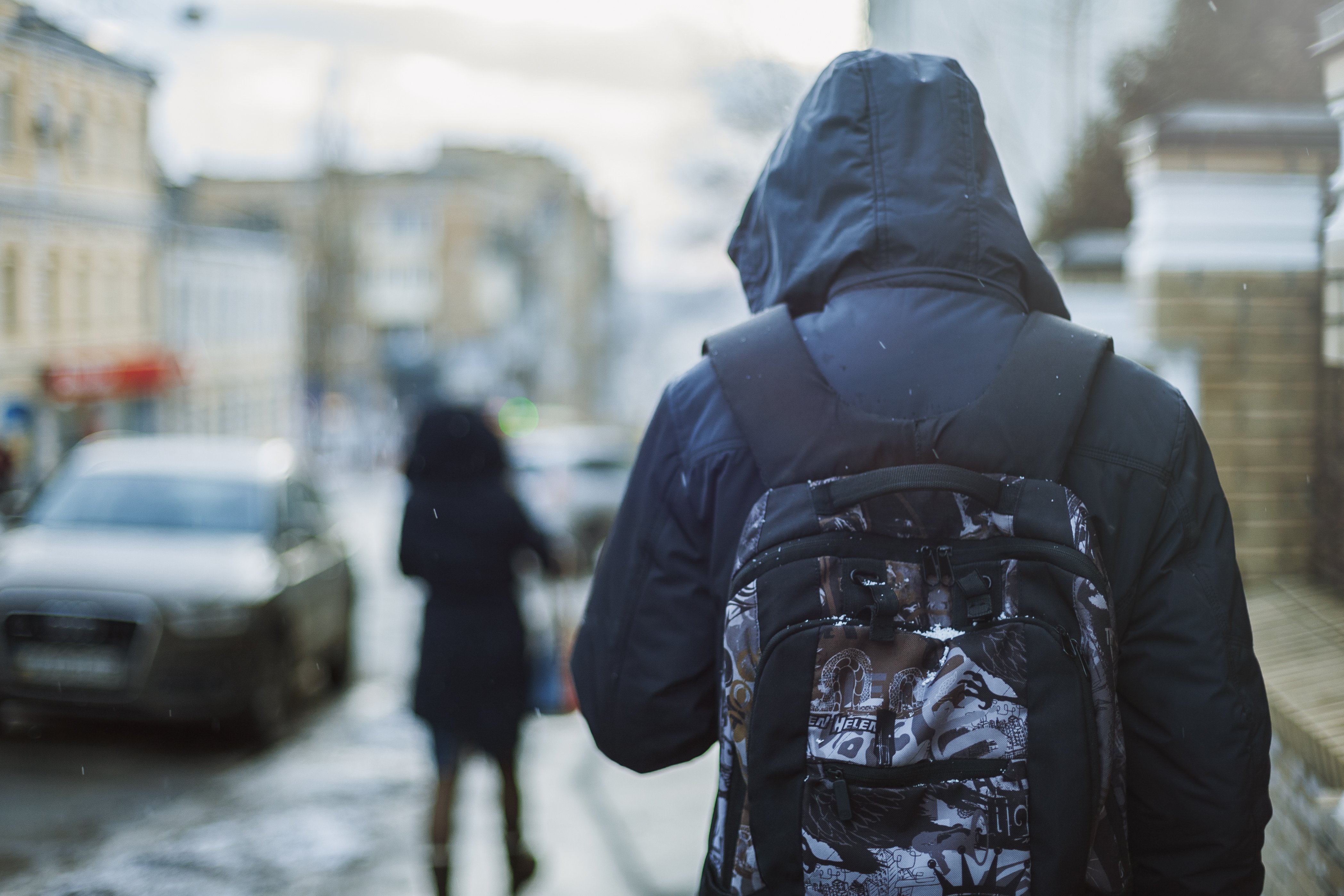 Seattle resident David Vanwetter’s living situation as a teen was never entirely stable. He was often shuttled between his two divorced parents’ homes and the home of a family friend; and at just 13, Vanwetter began spending the majority of his time on the streets, where he began using methamphetamine and acquired a gun. Within a few short years, Vanwetter had already been in and out of the state’s juvenile justice system about a dozen times. Most of the times he was arrested, Vanwetter was homeless, which left him with no place to go once he was released. This entangled him in a cycle of detention and homelessness. “I’d get out of juvie and I’d already know, well, I’m going to be back to juvie soon,” said Vanwetter, who is now 21. “But what I didn’t know was how to not be homeless.”

From Juvenile Detention to Homelessness

There isn’t much data on the rate of homelessness for juveniles recently released from a detention facility, but what is available isn’t promising: a recent study on the issue in Washington State revealed that, of the youth released from the state’s juvenile detention facilities, one quarter of them were homeless or had unstable housing within one year of their release. That amounted to nearly 1,800 youth last year alone.

For the detention facilities, one of the biggest dilemmas the staff faces is what they should do with juveniles whose parents don’t pick them up. Sometimes this is because the parents cannot be found, but frequently it is because they refuse to pick their child up. Most juveniles in the justice system have a tumultuous relationship with their families, which often includes “a history of conflict and trauma,” according to Eric Trupin, Professor of Psychiatry and Behavioral Sciences at the University of Washington. Being sent to a detention facility often exacerbates family problems, which leaves juveniles “at a high risk for not having a viable place to live and becoming homeless,” says Trupin. At times, however, parents simply can’t bring their child home, either due to protection orders, or because a landlord won’t allow a felon to live on premises.

As most states have laws that require juvenile detention facilities to release minors to a parent, if that parent can’t be found or doesn’t want to come, an approved adult must be found for the juvenile. If that also becomes a non-option, the juvenile is instead released to Child Protective Services. This, however, doesn’t always work out, as CPS often prioritizes its resources for younger children because available foster homes are often on short supply and children with criminal records are often difficult to place. It also doesn’t address the risk of the juvenile simply running away once they are released to CPS, nor is it an option for juveniles that are already 18 or older, who are instead released and left to essentially fend for themselves. There are very few housing options for young adults and juveniles with criminal records. Landlords are often reluctant to rent to young adults with felony records, and many homeless shelters don’t even allow anyone convicted of a violent crime to stay on the premises.

For youths at risk of homelessness, leaving detention often means living a life with a higher risk of a myriad health issues, becoming a victim of violence, and eventually becoming entangled in a cycle of prison-to-homelessness. Another study in Washington State conducted in 2018 found that nearly half of homeless adults in King County first experienced homelessness as children or young adults. And once they become homeless, youths are at a significantly higher risk for mental illness, physical and sexual assault, unwanted pregnancy, and failing to graduate from high school. They are also highly likely to commit survival crimes, which most often involve stealing or selling sex in order to get food, money, or a safe place to sleep.

Washington State at the Forefront of Change

In order to address this issue, Washington State is undertaking an ambitious plan to stop releasing youths into homelessness from all state-run juvenile detention, foster care, mental-health, and drug treatment facilities by the end of 2020. And the plan doesn’t mean sending youth to a homeless shelter; they must have “safe and stable housing,” according to the law. To meet the goal, the state’s Office of Homeless Youth plans to create more and varied housing for homeless youths, including dorm-style group living homes and rental vouchers for apartments. They are also planning to create more mental health treatment centers, as well as other support centers to address the various issues that contribute to youth homelessness.

On a national level, the 2018 reauthorization of the Juvenile Justice and Delinquency Prevention Act is a promising step in a country-wide effort to address this issue. The JJDPA has a law within in that requires states to provide written re-entry plans for each juvenile leaving state care, which reports where each youth is going upon release and identifies their living arrangements. It is progress that Christina Valera, residential counselor for Washington’s Office of Juvenile Rehabilitation, thinks is extremely important. “These are kiddos who have served their time. And they’re kids, you know. We as a society need to help … get them back on track.”

Multisystemic Therapy- Family Integrated Transitions (MST-FIT) provides integrated individual and family services to juvenile offenders who have co-occurring mental health and chemical dependency disorders during their transition from incarceration back into the community. For more information on MST-FIT, click here.