From Hopeless to Hopeful with MST

The concept of hope is one many of us take for granted. Some of us just think we deserve better or less depending on our life experiences. As a Multisystemic Therapy supervisor and therapist, I noticed a theme with families that create positive behavioral changes in their lives. This theme revolves around the family being hopeful for better things to come.

But it isn’t easy, as often when families begin MST, they are burnt out with little to no hope things can get better. 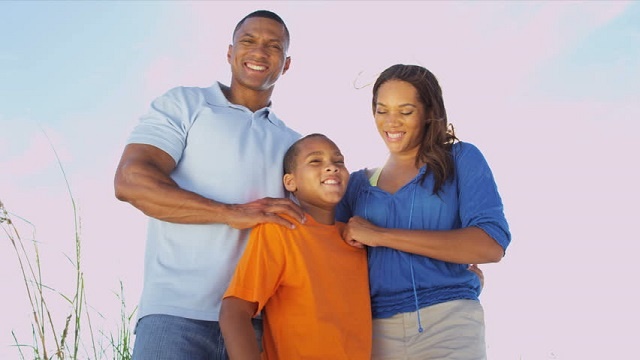 Many families have experienced years of promises that things would improve only to have their hopes dashed, often seeing things get worse. This makes the message of hope the MST therapist brings into a family’s household one of the most important things we do.

The message of hope we bring is not only that the youth’s behaviors will change for the better, but also that together we can create a new pathway forward. A pathway to a life that most parents/caretakers want for their children. Often, the very life they used to have that now seems like a distant memory. Holding onto that memory and focusing on what lies ahead, the family can find new promise in MST. I cannot think of a better example of this than a family I worked with when I was a therapist.

When James* was about 5 years old, he and his mother moved to Pennsylvania to live with extended family. Jennifer* made the decision to relocate after she left James’ father, who was struggling with substance use. The family began the journey with hope of starting over by forging a new life. However, life wasn’t turning out the way Jennifer had hoped.

After the move, they got word that James’ father had died from an overdose. James, moving into his adolescent years, began to exhibit behavioral problems at home and in school. It went from bad to worse shortly after his father’s death with James receiving multiple suspensions from school and falling further behind in classes. Soon, he was getting into trouble in the community, as well.

By the time James was referred to MST, he was 13 and had been in five different schools. When I began working with him, he was being moved to a behavioral school about 45 minutes from his home.

What I noticed immediately was that this family had many strengths. Jennifer had re-married, and her husband was highly supportive. Together with their extended family, they were invested in working with MST to keep James in their home.

But, like many families who start in MST, they were tired and didn’t think the situation would change. Jennifer especially struggled with being in the lead of developed plans. She didn’t believe she could impact James’ behaviors. She was stuck telling herself that nothing she did would turn his behaviors around and that someone else needed to do it. She would often tell herself that “it was useless” and “what’s the point?”

Together we worked on shifting these unhelpful thoughts. We practiced using positive “I” statements and reframing her self-talk. When she was feeling hopeless and thinking “what’s the point?” she learned to challenge those thoughts with thoughts of empowerment. She learned to remind herself that she was the “agent of change” and “if not her—then who?”

It was hard. However, through this work, Jennifer began to regain her hope. She had her proverbial light-bulb moment when she realized change was a process, not an event. It would take time and hard work. Jennifer recognized that she was the biggest influence in James’ life and that she was the one who could help him make positive changes. His behaviors improved, with the main contributor to this being his mother. The more James’ behaviors improved, the stronger Jennifer’s hope became. She could see the future she had only hoped for so long ago. By the end of treatment, James was in the home, attending school, and his community behaviors had been eliminated.

If you are a family like Jennifer’s struggling to find hope for your acting-out teenager—remember that hope can be as close as your MST therapist. Reach out to him or her and explain what you are going through. If you are a community with families like James’, consider bringing in MST. We can be there using proven results to keep youth at home, in school and out of trouble with the law.

*Names have been changed to protect confidentiality.

Daniel Allshouse is an MST supervisor at Adelphoi Village