Staten Island MST-CAN program can and does make a difference

Just the thought of a parent becoming violent toward his or her child causes a pretty visceral reaction in many people. Most of us love and want to protect children, and the subject of child abuse and neglect makes us feel helpless and hopeless. What can be done with and for a parent who beats a child?

There’s no doubt that it’s a challenge. But there are options other than removing the child from the home. 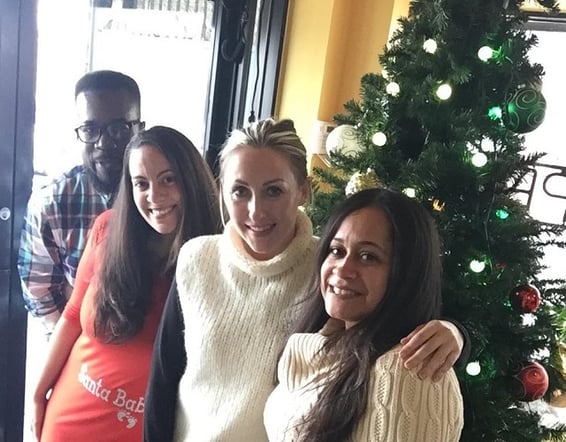 In the boroughs of New York, an evidence-based treatment approach has been adopted that works with these families to keep children safe and families together. Multisystemic Therapy for Child Abuse and Neglect (MST-CAN) is based on the principles of standard MST, but focuses first and foremost on safety and parent skill development. It also integrates trauma therapy, anger management and substance-abuse interventions to provide treatment for families referred by the Administration for Children’s Services (ACS).

So, how does MST-CAN work?

Parenting can be draining in the best of circumstances. Mix in difficult youth behavior with a parent lacking the skills or resources to address it, and the challenges deepen. The Jewish Board, Staten Island Family Services' MST-CAN team is working to address these problems.

MST-CAN starts with the assumption that every parent is doing the best they can. A parent may use corporal punishment with good intentions—because he or she wants their child to follow a rule or expectation, perform well in school or get along with a sibling. Intentions aside, research shows corporal punishment is ineffective at best and has long-term consequences at worst. Trouble is, these parents often don’t know how to reach their desired outcomes in a more effective and positive way. And that is where MST-CAN comes in.

MST-CAN therapists are available 24/7 to provide guidance and assistance. Staten Island Family Services goes a step further. A supervisor attends every first session with families and is always on call for therapists. This ensures that parents have access at all times to several people who care about them and understand their unique circumstances. A parent is more likely to reach out to a trusted therapist or supervisor in moments of crisis. MST-CAN therapists meet with their families a minimum of three times per week in order to ensure treatment plans are incorporated into their daily routines. They help parents develop strategies and safety plans to eliminate a repeated occurrence of physical discipline or neglect and work to support families to function at their greatest potential.

All this hard work is paying off in a big way. Since the team was formed three-and-a-half years ago, they have not had any children placed in foster care. This accomplishment is nothing short of amazing. These outcomes are so highly regarded, ACS workers have begun contacting the team in some cases instead of seeking foster-care placement. One family stands out in particular.

Parents for whom corporal punishment was standard operating procedure

When ACS got a referral for a family whose father had used severe corporal punishment on one of his children, they passed it to the Staten Island MST-CAN team. The team was able to start working with the family immediately to find a place for the father to live during the first few months of treatment. This approach allowed the children to stay in the home, saving them the disruption and trauma that can occur from foster care. The therapist worked intensively with the family, including dad, to understand the reasons why abusive practices were being used. As is typically the case, both parents had a desire to teach their children and help them be successful in life. However, they had been taught that corporal punishment was acceptable. The mother had even been given a leather strap by one of her religious leaders.

The therapist worked with the family to develop intensive safety plans. Through anger management training the parents learned to manage their emotions and disengage early on during sequences that had caused violence in the past. Further, both parents received support from a therapist to understand the multifaceted reasons, or drivers, for their children’s behavior. Specific interventions were developed to address these drivers and to obtain the positive outcomes that the family was seeking for their children. Gradually, love, rules and effective consequences replaced anger and abuse.

By the end of treatment, the mother returned the leather strap—she didn’t need it anymore. The father returned home and consistently implemented the new strategies he had learned and developed. The change in the family was so marked and impressive that they were also able to gain custody of a grandchild who needed support.

When evidence-based treatment models like MST-CAN are used in a supportive atmosphere with an emphasis on relationships, powerful change can occur within families. There is hope in situations that seemed hopeless. The Staten Island Family Services MST CAN team is proving that, one day and one family at a time.

To learn more about what makes MST-CAN effective, download this white paper.