He owned pistols at age 12, but with MST was able to get a fresh start

I’m a sucker for a great success story. Whether it is an athlete’s training that results in a fantastic win or listening to my neighbor’s story about beating cancer. I think it is my love of people conquering great odds that attracted me to the Multisystemic Therapy (MST) treatment model almost a dozen years ago. The process of change is fascinating, and it’s good to be a part of a program that helps families use the therapeutic process to create their own success stories. 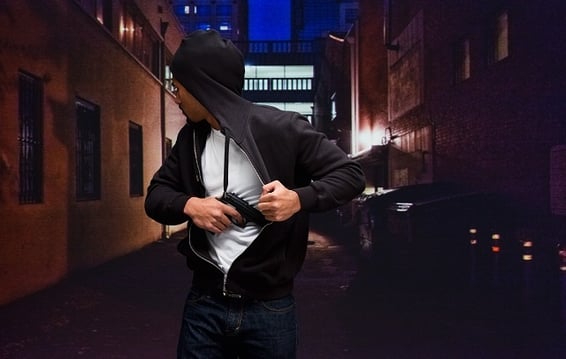 Last month, I read a Chilean news article that again reminded me of why I work in MST. I was involved with our Chilean MST teams for more than four years while they served 4,000-plus families. They are hard-working and dedicated professionals who deeply care about the young people they help. Like youth advocates in many countries around the world, Chile sought out MST because they needed a treatment model that would help them with the most serious behavior problems in youth. This includes kids who have grown up in a community environment of criminal activity where extreme violence and theft is normalized.

“El Retiro de un Joven Pistolero,” the story of Enrique Troncoso, is an example of the serious kind of behaviors MST therapists have worked with in Chile and throughout the world. Enrique was born to a drug-addicted mother who used pasta base, a cocaine derivative, throughout her pregnancy. He grew up in a neighborhood filled with where his childhood was lost to adults who used him to commit petty theft. By 12, Enrique owned pistols and was expected to use them. When asked about his own childhood, Enrique said, “I didn’t have one.” He was in and out of youth detention centers before the age of 13, and his negative behavior only increased after the death of his mother as a result of a drug deal.

By the time Enrique turned 17, he was one of the leaders of a gang in Cerro Navia and was responsible for assaults and attempted homicides. He also took part in a string of robberies on other drug dealers. Enrique was referred to Multisystemic Therapy after he had been shot nine times. There were still numerous hits out on his life. He had been through many therapeutic intervention programs that had all failed. Enrique’s MST therapist was asked to do what many would have deemed impossible, work with Enrique and his grandmother to transform him from a gangbanger to a normal kid who could expect to see adulthood.

Given the intensity of Enrique’s behavior, the process was not easy and involved a host of dedicated professionals beyond the MST therapist. Through what MST refers to as the analytical process, the therapist, and his grandmother worked to understand the reasons for the boy’s behavior and started to address them together through specific and action-oriented interventions. The therapist was able to see both Enrique’s strengths and those of his and used these positive characteristics to instill hope for change. In MST, barriers are anticipated, and Enrique did return to criminal activities. His therapist and grandmother then evaluated the reasons for the relapse and worked to intensify the interventions.

Ultimately, the boy’s relapses proved so dangerous that the court took over and detained him again. However, this time they consulted with the MST therapist and the grandmother to determine the best way to help Enrique choose a different path. The entire team working with him agreed that an extreme intervention was needed to help the teenager sustain the changes he had started in MST. Enrique and his grandmother decided to move to the south of Chile where he had no friends and could have a new start.

Not everything went smoothly in the new environment, but Enrique’s grandmother and therapist developed extensive behavior plans to support the transition to a new home and community. They also made sure that Enrique had the additional drug treatment and educational services that he would need to further his progress. Although the direct intervention of an MST therapist is only three to five months in most cases, Enrique is a good example of the process continuing after the MST treatment ends.

Enrique has lived to see his 18th birthday. He is getting an education and is working with his grandmother and other professionals to address the temptations of his old lifestyle as soon as they arise. Enrique is still walking the long road to change, but he is a powerful success story.

To learn more about how MST can have a positive impact on at-risk youth, download this white paper.