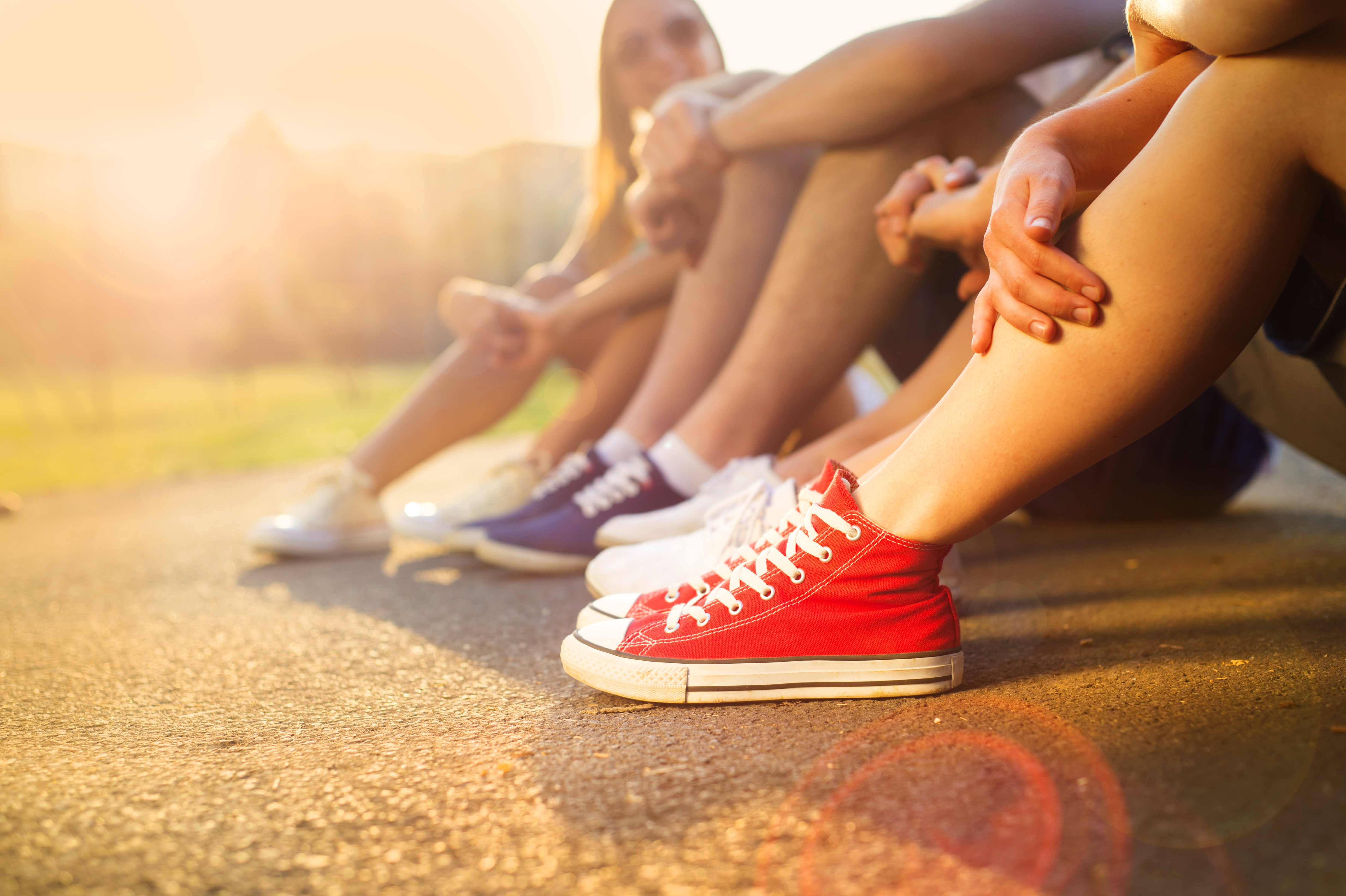 Although juvenile arrest rates nationwide are on the decline, that fact can be deceiving: in many communities, violent offenses are on the rise.

Lake Charles, Louisiana has seen a major uptick in juvenile crime. From 2016 to 2017, the city has experienced a 25% increase in criminal charges for youth—not only that, but the crimes have become more violent, with the largest spikes occurring in homicides and burglaries. “I think that we have the beginnings of a situation,” Mayor Nic Hunter admitted in 2017. But Lake Charles isn’t the only city that’s been struggling with juvenile crime. Mecklenburg County, home of Charlotte in North Carolina, has seen a major jump in armed robbery and murder among youth. In Fulton County, which includes the major city of Atlanta, juvenile crime rates are 15 times higher than the national average. And in Baltimore, police say they’re dealing with a major issue: adolescent felony assault arrests are up 20%. Although juvenile arrest rates nationwide are on the decline, that fact can be deceiving: in many communities, violent offenses are on the rise.

But what do counties in Louisiana, North Carolina, Georgia and Maryland have in common? All of them have high crime rates. And when youth are living in high-crime neighborhoods, communities and cities, they are much more likely to commit crimes themselves.

Juvenile arrest rates have been dropping in the United States for decades, but in some cities, they’ve remained stubbornly high. Poverty is often scapegoated, and not without reason— living on or beneath the fringes of poverty has been linked to crime nationwide, and rates of violent juvenile crime are higher among youth who are impoverished. But another theory about community and family violence has gained traction in recent years. Many psychiatrists and other experts believe that crime, particularly among adolescents, can be “contagious”, meaning that living in more violent neighborhoods and communities can cause a vicious cycle of high crime rates.

It makes intuitive sense: experiencing violence and criminal activity on a day-to-day basis can normalize that behavior, making it more likely that individuals will engage in it themselves. But juveniles are particularly vulnerable to this type of influence. A research team at Temple University found that youth are much more likely to commit crimes if they live in high-crime neighborhoods and have greater chances of reoffending if there is a high recidivism rate in their communities. In 2016, this finding was strengthened by a compelling study: youth are 48% more likely to be involved in a serious fight, and 183% more likely to hurt someone gravely enough for them to require hospitalization, if a friend had previously done so. They were 140% more likely to draw a weapon on someone if a friend had, and for each additional friend who had seriously hurt someone, an adolescents’ odds of doing so as well jumped by 82%.

These are a lot of statistics, but the evidence is clear: aggression and violence among friends can be contagious. “The behaviors of individuals,” one 2016 study in crime reads, “are remarkably similar to those of their friends.” Particularly among teens who lose social and emotional connections to their caretakers, the desire to fit in with a group of friends can become a wellness tactic; if that group of friends is engaging in criminal behavior, that adolescent is much more likely to tag along. Families are also microcosms of communities, and violence among families can spread criminal behavior—adolescents with “harsh” fathers, those who ranked high in hostility, had larger rates of delinquency than those without.

This type of cyclical violence has major implications for the juvenile justice system. Communities can be conceived of in many different ways, and one of these ways is the community formed within correctional facilities or other out-of-home placements for juvenile offenders. But these centers can actually aid the spread of violence and criminal behavior: in a study comparing juvenile boys placed in out-of-home treatments versus those remaining in-home, those who had spent time in residential facilities were seven times more likely to be involved in crimes as adults. Researchers postulated that grouping juvenile offenders together can normalize crime, just as a high-crime community can.

Crime waves within towns and cities are not easy to combat, but it’s clear that the solution isn’t merely individual: any effective treatment must address family, friends and community. Multisystemic therapy (MST) is an evidence-based, intensive and family-focused program that does just that. While traditional treatment tends to take juvenile offenders out of their homes and place them in residential facilities, MST avoids these pricey centers by encouraging full family engagement within the home. Grouping juveniles in high-crime communities has proven ineffective; MST responds to that evidence by keeping youth within their homes whenever possible, serving as an effective alternative to incarceration or residential treatment. And the results support this: after MST, 91% of youth live at home and 86% are either in school or working.

When violence is present, families and neighborhoods can spread negativity in an adolescent’s life, but with research-based treatment they can become extremely potent forces for positive change. That’s why Multisystemic Therapy doesn’t just focus on individuals: along with treatment for the juvenile, MST offers services like parent-community relationship training, peer management skills and social skills training. Equipping youth with the ability to resist poor peer influences while maintaining and building healthy social relationships is critical to reducing juvenile crime rates. And providing family therapy interventions can be key in creating safe, welcoming environments for adolescents: in fact, evidence shows that MST is also effective in reducing sibling and parent arrest rates. Among youth who received MST, siblings saw a 40% reduction in arrests and caretakers saw a 94% reduction in felonies.

While no single intervention can rid a city or neighborhood of crime, employing evidence-based juvenile interventions can help begin reversing patterns of delinquency. When youth are susceptible to peer and community influence, each adolescent who turns away from violence isn’t only benefiting themselves—they are also creating safer, more inclusive and crime-averse communities. 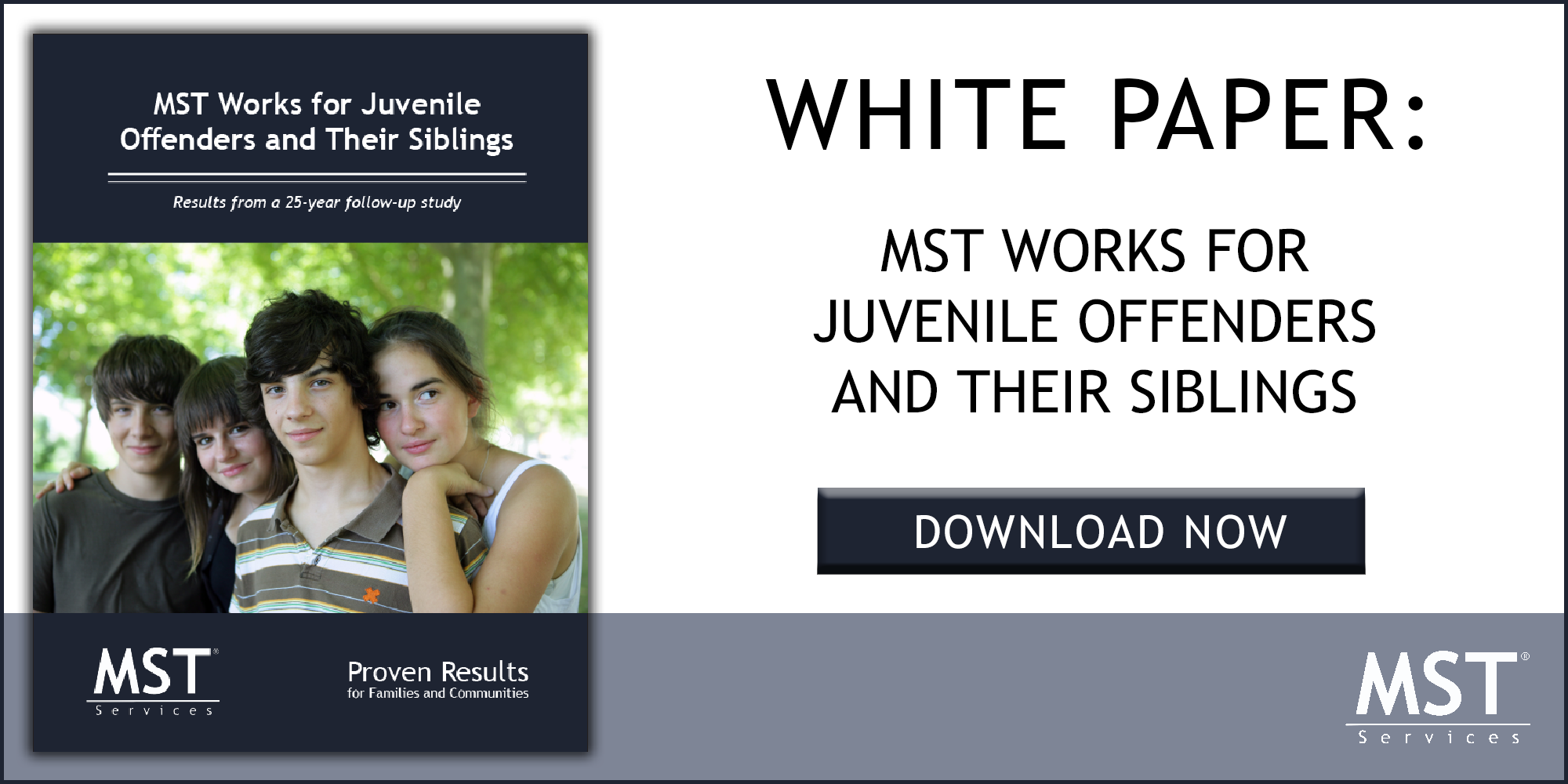